A Letter of Hope 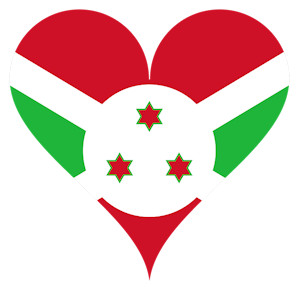 by Alex, telling us a little about himself:

‘’ Am writing this letter from exile in hope of getting a sponsor in Canada for my resettlement.’’

War, political violence and persecution led me to flee my home country, Burundi leaving behind my family and everything I knew to save my life.

I was just like any normal teenager of my age (19) out of high school waiting to enrol for college. I had a job in a local bookstore working part time(4 hours in the morning). Most of my evenings were spent volunteering with the Red Cross and if not there, I'd head to the basketball court as basketball is my second best hobby after Chess. (I am a huge fan of the Toronto Raptors by the way.) A few months later, the school break was over and I went for college.

It was there at college when I was a volunteer in a humanitarian organization in 2015 that demonstrations against the 3rd mandate of President Nkurunziza were getting violent. I decided to step in and help vulnerable ones in need of medical attention.

A few weeks after that, I was profiled as a member of the opposition and thus a problem to be eliminated. I started receiving death threats a few weeks after the protest came to an end. In the first semester of my first year at college I was kidnapped and then tortured for months. By God's grace, I escaped. I hid for days before I could contact my family who obviously thought I was already dead. When I was finally able to get home again, all I could say was goodbye. I realized my only chance to stay alive was to leave.

After arriving in Uganda, I thought the nightmare was over but of recent, it seems not. Not only am I living in terrible conditions but my life is still threatened by people I don't know and I have nowhere else to turn to for help.

I cannot reveal my real name on this letter but I am under 25, am fluent in both English and French and have been in exile for more than 3 years with full UNHCR refugee status.

I will be very grateful if any sponsoring group is willing to take me in.