Perhaps you have never considered sponsoring a refugee to resettle in your community; or perhaps you have wanted to bring a displaced family to Canada for a long time now. Whatever your experience, this is the place to take a first look at Canada's Private Sponsorship of Refugees program to see if this is something you and your church could undertake on behalf of another; to put hands and feet to God's call to care for strangers, and to loose the cords of injustice. 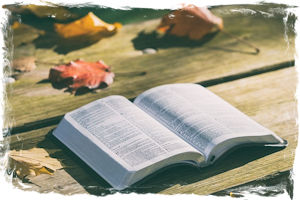 For those who want to inform and position themselves to be a voice for truth in refugee crisis conversations, there are Bible studies, books and documentaries available.

This listing will be updated as new material is discovered. If you are aware of something that may be useful to others, please let us know and we will add it to the site.

Refugee Highway Partnership has made available a 3-lesson Bible study by Marike Blok simply called "Refugees" available for download by anyone who would like to use it. A guide for facilitators is available here.

Why Sponsor a Refugee?

As Canadians, we have had the privilege as citizens and permanent residents since 1979 to sponsor refugees, to make a way for those who have been forced from their homes to start a new life in Canada.

Refugee sponsorship is a time, financial and relational investment in which sponsors work together as a team to help displaced persons resettle into a local Canadian community. Listening to the stories of those who have sponsored a family in the past confirms the fact that the blessing of sponsorship goes both ways. Lives are expanded, communities are enriched, the perspective of Canadians is broadened as we engage with a new culture, language and history while making new friends.

Read more: Why Sponsor a Refugee?

The Sponsorship Process in a Nutshell

Granted, it will be a fairly large nutshell, but in terms of what happens first and who does what, this article will provide you with a run-down of the process from initial inquiries to resettlement. 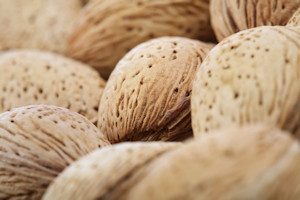 If you wonder whether sponsorship is something that your church, or perhaps a group of churches in your community could initiate, the first thing to do is to call a meeting and invite anyone who is interested or has questions to attend. We have several documents that walk a group through the responsibilities of sponsorship, how to establish a core team, different types of sponsorships, and projected cost tables.

If there is enough interest among that first gathering for at least 5 people to commit to being part of a core team for the time of preparation, and the year of resettlement, then you are ready to move forward.

Read more: The Sponsorship Process in a Nutshell

Some people in North America have interesting albeit ill-informed ideas about refugees. Once someone hears that we are working on behalf of refugees, it is not uncommon to hear a comment like the ones below. Perhaps you have heard or been asked about some of these same issues. The following are a compilation of common myths regarding refugees from IAFR, RSTP and our own conversations.

Immigration, Refugees and Citizenship Canada currently offers three different opportunities for Sponsorship Agreement Holders (SAHs) or their Constituency Groups (CGs) to sponsor refugees. A person can only be considered a refugee if they are outside of their country of origin — having fled their homeland and unable to return because of a well-founded fear of persecution based on race, religion, political opinion, nationality or membership in a particular social group, or because of war or severe human rights abuses.