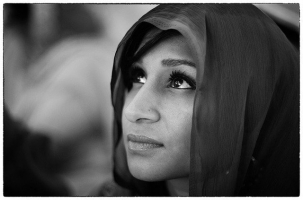 “Please, if something happens to us, take care of my children.”

I stared at Amira’s* tearful face on the monitor and knew we could not respond to that plea.

Having received the initial contact with Ahmad* via an emailed appeal for help over three years before, we, and Faith Community Church in Blackfalds Alberta, had been working to bring this Pakistani family to Canada, guiding them through the refugee application process.

We were encouraged to see how our small congregation embraced the idea, though raising the required $30,000 seemed daunting at first. The church family became more enthused as we broadcast skype calls with the family on Sunday mornings and a shipping container began to fill up with donations.

We rejoiced when we heard that an interview had finally been granted, but now all hope seemed dashed. Their application had been rejected. As Ahmad recounted how the immigration official dismissed the documents he presented to verify his story, we felt helpless.

A call to our Sponsorship Agreement Holder within the AGC, told us an appeal was possible but immigration lawyers were expensive. We used some of the funds collected for the family, knowing they would have to be replaced if we were successful, and hired a lawyer.

We explained how we had originally begun this process after receiving a cry for help from Ahmad who had to flee Pakistan after being accused of proselytizing, a crime punishable by death in that country. He was advised that Thailand was the best place to flee to, but their visitor’s visa ran out and an application for refugee status with the UNHCR was rejected. The family of five found themselves living in a 10 by 12 foot room in a tenement, along with thousands of refugees vulnerable to arrest and deportation. 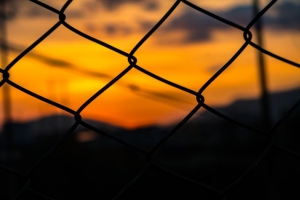 As we corresponded with them they often had to flee their tiny room to escape government officials. Capture would mean they would be separated and held in one of the world’s worst detention centres. Deportation would mean death for Ahmad. They could not leave their apartment together, for fear of being arrested. Amira would shop late in the day when the prices had dropped because the food was on the verge of spoiling. Ahmad would try to find work when there was a lull in the government raids. The children rarely left the building. They had lived this way for seven years, their only help coming from an evangelical church in Bangkok.

When we told Ahmad and Amira that our small church had agreed to sponsor them, Amira said, “You have opened the door to our cage.” Now it seemed that door had been slammed shut once again. But the lawyer worked diligently to complete the appeal documents. Amira told us later that was the hardest time for her. Hanging on to hope by a thread, she and Ahmad began a time of fasting and prayer.

Ahmad’s voice was slightly hopeful when he called a few days before the deadline to tell us they had been told to go and have their medicals done. “What does that mean?” he asked. They never did receive word that the appeal had been won, but a few days later they were told to pick up their airplane tickets to Canada.

On September 25th, 2019 we brought them home to stay with us for the next month. It was a delight to get to know them all face to face and to learn about their culture. (A highlight for me was watching Amira cook her wonderful curry dishes). Our sponsorship team went into action, arranging appointments with government and health officials, school teachers, and social service organizations. For a while, all went well. The children were enrolled in school, Ahmad enrolled in a local community college and Amira signed up for a level five ESL course.

The first sign of a bump in the road came as the couple began looking for suitable housing. Their expectations were high and despite our advice they chose to rent a house we believed would be beyond their means. Other expectations ran headlong into reality and tensions arose. Some of the sponsorship team pulled back because they felt there was a sense of ingratitude toward the church. An intermediary who spoke Urdu was asked to step in and things improved somewhat. 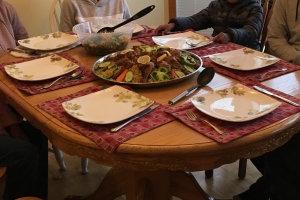 Eventually the relationships were restored and on their first anniversary of arrival in Canada the family invited the committee to their home for a dinner. We praised the Lord as they gave thanks for all that had been done for them. Ahmad now has a full-time job (a miracle in itself in the midst of the Covid situation), Amira completed her level 7 in ESL training, enabling her to pursue work in the school system, and the children have adjusted well.

Though there were frustrations, in the end we praised God for five lives saved from a desperate situation, five lives saved, perhaps even from death. We counted the many blessings and the way we had seen faith bloom and strengthen in our church as the family recounted how God had provided for them during the seven years they were in Bangkok and since their arrival in Canada. The strength of their faith was perhaps the greatest benefit we all received.

Was it all worth the time, expense and considerable effort? There is no doubt in our minds that the answer is a resounding “Yes!”

*names have been changed

Copyright © 2022 Associated Gospel Churches
To Top
A
Join Our Newsletter
Are you able to help Ukrainian Refugees come/coming to Canada? Please tell us how!