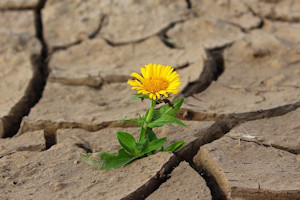 A poem by Pastor Farshid Fathi

On 25 December 2010, Farshid was arrested along with a number of other church leaders. He was kept 361 days in solitary confinement in Evin Prison, often enduring severe interrogation. In March 2011 Farshid was sentenced to six years in prison for acting against national security through evangelism and promoting Christianity. In 2014 prison guards broke Farshid’s foot and thumb during a prison search. Farshid was later transferred to Rajaei Shahr Prison and released on 21 December 2015. While Farshid was in prison, his wife took their two children to Canada, where they have applied for citizenship.

Today, he remains in Turkey registered as an asylum seeker, but still not recognised as a refugee. Toronto area churches, this is an opportunity for you!

My wilderness is painful, but lovely.
Some parts of my wilderness are covered with thorns and hurt my feet,
but I love it, and that's why I call it 'lovely pain'.

My wilderness is so hot that my tears disappear before falling on the ground,
but it is cool under Your shadows.

My wilderness is like an endless road,
but short compared to eternity.

My wilderness is dry,
but an oasis with the Holy Spirit's rain.

My wilderness seems to be a lonely trip,
but I am not alone- My beloved is with me.
Not only Him, but my faithful brothers and sisters,
I carry them all in my heart.

My wilderness is dangerous,
but safe, because I dwell between His Shoulders.*

So I love my wilderness,
because it takes me to the deeper part of You, Lord,
and no-one can separate me from Your arms forever.

Copyright © 2023 Associated Gospel Churches
To Top
A
Join Our Newsletter