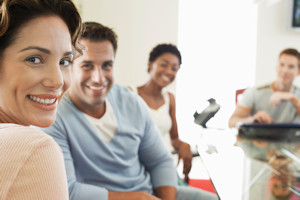 Once it has been determined that a group would like to pursue the sponsorship of a refugee family, one of the first things to be done will be to assemble a Core Team.

Each sponsoring group must function with a minimum of five dedicated members who will oversee the sponsorship commitments for both pre-arrival and the one year settlement support of the newcomer family. The core team will discern together who is responsible for each task, and together recruit additional volunteer helpers for a larger support network.

If your sponsorship team is going to submit a co-sponsored undertaking (where the referred refugee has family members already living in Canada), then at least one of the five committee members should be a representative of the local family in the area of settlement.

Gather the dedicated core team together for a few face-to-face meetings to discuss and decide upon the sponsorship type to be undertaken, and the team member roles.

You can download How to Structure a Sponsorship Core Team here for distribution in a meeting.

Copyright © 2022 Associated Gospel Churches
To Top
A
Are you able to help Ukrainian Refugees come/coming to Canada? Please tell us how!