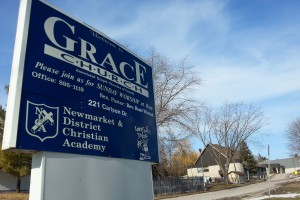 On April 7, 2018 I had the pleasure of chatting with Andrea Bowman of Grace Church, Newmarket about their church's refugee sponsorship experience. Grace Church worked with Mennonite Central Committee as their SAH to bring a family of 8 from Syria via Beirut, Lebanon, to Newmarket. Unfortunately, just before the family was about to travel, their youngest child died and understandably, their departure from Lebanon was delayed. In October 2017, the family of 7 touched down at YYZ and their journey to resettle in Canada began.

RSI: How did this particular sponsorship journey begin for Grace?

AB: One of our church members, Steve, went to our pastor and basically said, "What are we going to do as a church about the refugee crisis?" Russ responded with, "We should do something, so why don't you see what can be done?"

Steve had some experience with sponsorships, so he just grabbed that ball and started running. It has already been a couple of years since that conversation, so it's been a bit of a long process.

RSI: What was it like getting a core group together? Were there any challenges encountered at that time?
AB: It was actually quite easy getting the people we needed to commit to the endeavor. I wasn't in the core group until just before the family arrived. There are some people on our team who are not part of Grace, but who really wanted to help out. Our team has a variety of skill sets. One woman works in a government office here in Newmarket and she has been a real help knowing what programs to pursue, what questions to ask, and in being persistent. Specifically, she knew about Ontario’s “Healthy Smiles” dental program for children under 18 and helped the dad re documentation when he was getting his G1.

RSI: How did the core team pitch the idea to the board? To the church?
AB: I wasn’t part of the group at this point, but from my recollection is was really a non-event. People were glad the church was doing something. Both the church and the elders were on board from the get-go.

RSI: How did you get connected to this particular family?
AB: This family was assigned to us by MCC. They were living in Beirut, Lebanon in a small apartment. The prejudice they experienced as Syrians in an over-crowded Lebanon was alarming. 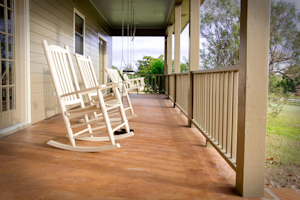 RSI: How did you raise the money required?
We did a large fundraiser at our church – a dinner and auction. We had a catered Arab meal that night, and someone brought actual auction items to sell so there was a variety of quality items for people to bid on. People from the church and their friends came. Some just gave donations. We also had someone surprise us that night by offering to match donations. That really helped.

We also collected household items before the family arrived. Many people gave generously. One lady bought brand-new bunk beds for the boys.

RSI: Can you tell us about their arrival?
AB: We only found out the names of the children just a few months before they came. It was about that same time we heard that their youngest daughter had some form of kidney cancer. She died last summer, so their arrival was delayed until October. They have been here about 5.5 months now.

The trip to the airport was awesome! We were told that they should get all their ID and important documents at the airport, but the family was arriving in the evening, and the organization that does the paperwork doesn’t operate late into the night. But, they came through that process really fast, with all the necessary papers.

Back in Newmarket, we had a group of people at the house waiting for their arrival. One of our team members is Syrian. She was born here in Canada, but her mom went to their home and cooked a big meal. It was good; it was overwhelming. It was an awesome experience.

RSI: Did your whole team go to meet them at the airport?
AB: Not everyone. There were 5 or 6 of us there. One of our team members is from Iraq, and he speaks Arabic. He was out of the country when their flight arrived, but his uncle came to the airport with us to help with translation.

RSI: How has your group managed the language barrier?
AB: There are 4 fluent Arabic speakers who have been helping our group, so that has been a real blessing for them and for us. There have been many doctor's appointments and things that really needed translation.
Those of us who don't speak Arabic, we have translation apps on our phones that we use like Google Translate.

RSI: What has been the response from the community?
AB: Overall, the response has been positive. They have neighbours now; one reaches out to them sometimes, another has been generous in donating to the family, another neighbour bought some books for the kids, and yet another gave clothes for the boys.

As far as I know they have been well received at school. The principal really bent over backwards to make them feel comfortable. One of the children's teachers had a friend who offered to give her free piano lessons, and then someone else donated a keyboard for her to have at home. There was a hairstylist in town who gave one of the girls a hair straightener after using it to style her hair in their salon.

RSI: How did you manage to find housing?
AB: Housing was a big hurdle. Landlords were leery of the fact it was for a refugee family, and not only that, but a family of 8. We eventually found a place. The landlord is also an immigrant, so that may have helped. 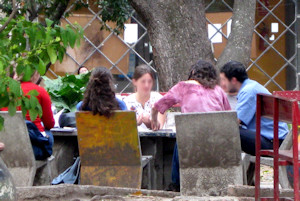 RSI: What have been the biggest challenges your group has encountered?
AB: Language & housing.

The children are learning English, but the parents are very slow to learn English. They have been taking ESL, but it really seemed like they were just spinning their wheels. We have just recently switched them to another English class, and now the mom and dad love it. Now they are starting to see some progress. Dad has just begun working at a car wash. That has also been helpful for his English. The owner was skeptical to hire a newcomer at the start, but now that the owner has given him a chance, he loves the work ethic and wants to find more people like him to work at his car wash.

RSI: How have settlement responsibilities been divided up among team members?
AB: We have divided things up, but I'm not sure it's even. Basil is very busy with the family as the only Arabic speaker. One couple has taken on most of the transportation needs. One woman has taken on the doctor/dentist appointments. I am in charge of visitation - making sure people are stopping by to say “Hi.” Steve takes care of the fun activities - swimming at a rec center, etc.

RSI: How have you managed communication between team members now that the family has arrived and you are busy with different activities and appointments?
AB: We're using a site called "Caring Bridge." It is a way to post needs and organize people. The 3 basic features are posting, a calendar, and a photo gallery. It has been a good way to keep each other informed.

The next thing we'd like to do is to tell the family that it is Grace Church who has sponsored them, paying for their rent, etc. and see if they will come to the church some Sunday after the service to simply meet people. It has been a little anti-climactic for the church family, because it has really been just the team members who have been interacting and getting to know this family.

The newcomer family know we are Christians. The husband may have been a little skeptical at the beginning, wondering if there were strings attached to the sponsorship. I have spent 2 years in the middle east so am a little more aware of the culture. We ask first, before assuming. We have made an effort to be very respectful to them (i.e. bringing hallal meals rather than something perhaps more convenient) and aware of their preferences because they are Muslim and I think that has built respect in them for us.

RSI: What would be your response to those who may have concerns about sponsoring a Muslim family?
AB: Sure, people will have concerns, but it doesn't lessen our responsibilities to them as unsaved people and the fact that we need to be the hands and feet of Christ to them.

RSI: Any final words?
AB: Overall, it's been an absolutely fantastic experience! Every time I come home from spending time with them, I think you know, you want to do something productive with your time and with the gifts and talents that God has given you, do something productive. I always come home from spending time with them feeling blessed. Because you know, it's an amazing opportunity. I would be part of doing this again in a heart-beat.

Copyright © 2023 Associated Gospel Churches
To Top
A
Join Our Newsletter